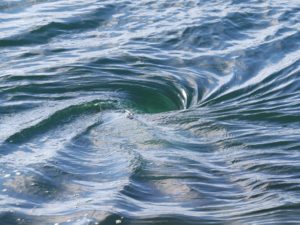 What does the counterfeit “restoration” plan have to do with flood risk? The plans for the Ballona Wetlands Ecological Reserve include demolition of the Ballona Creek levees which, for nearly 100 years, have provided minimization of flood risks from significant rain storms.  In fact, these levees were originally constructed in 1935 after massive floods caused serious damage and deaths to humans and cattle, the last straw flood being in 1934. 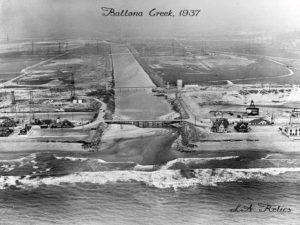 Besides the worry about making certain the strong flood protection provided by the Ballona Creek levees remains, west of Centinela Blvd., there is a natural sandy and mud soil bottom, and west of Lincoln Blvd., the creek sides are earthen levees, with bits of concrete here and there, but plenty of soil for plants to grow.  The habitat there is in a state of equilibrium, having been healing for decades.  At least two bird species on the Endangered Species list find and utilize habitat along these levees. 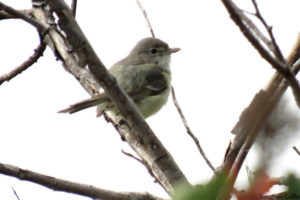 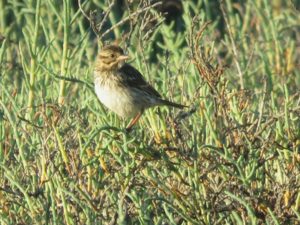 Because the levees would be removed if the project proceeds, the engineers for the project were required to design some other types of flood control measures, which is why 15-30 ft. berms are contemplated to be built all around the edges of the ecological reserve.

Millions spent, yet wrong flood risk standards used to plan entire project! More than $2 million has been spent to hire an engineering firm that allegedly was hired to work on the counterfeit “restoration” because of its intimate knowledge of the area. That firm, Psomas*, has been the long-time engineering & lobbying firm for the Playa Vista development – which filled and built upon hundreds of acres of wetlands and upland habitats in the Ballona Valley, to the east of the wetlands that activists managed to protect from a bigger footprint Playa Vista had originally wanted.

With all of that money and expertise, one would think that a big construction plan like the one contemplated in the Environmental Impact Report (EIR) for the Ballona Wetlands excavation and overhaul (which would wipe out hundreds of acres of native plants in habitats like saltmarsh, willow woodlands, seasonal ponds, wet meadows, coastal scrub, grasslands and more) – would be perfectly plotted out – at least from an engineering standpoint. 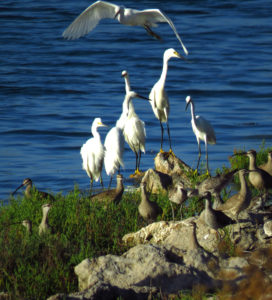 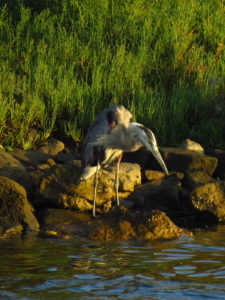 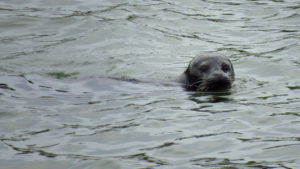 Unfortunately, that $2 million, combined with another $2 million + awarded to Environmental Science Associates (ESA), was not sufficient for the project to have used the correct flood risk standards. Some leaders of public interest groups in favor of defending the Ballona Wetlands learned about this colossal error during the fall of 2019.  The uncovering of this big problem was revealed when activists began reviewing public records that were required to be shared with the public through a transparency law known as the California Public Records Act (PRA).

What we learned was shocking.   The flood risk standards used by these multi-million dollar engineering companies were the wrong ones. The United States Army Corps of Engineers, which oversaw construction of Ballona Creek and other such rivers and creeks, has some measure of legal responsibility and liability for minimizing flood damage from the conveyances that LA County Flood Control for decades called “flood control channels,” but are more commonly known now by names like Compton Creek, Dominguez Creek, Los Angeles River and Ballona Creek.

What was learned while reviewing email messages between officials at the California State Coastal Conservancy (SCC), the US Army Corps of Engineers (ACOE) and the LA County Flood Control District is this: for at least two years, it appears that the SCC and the ACOE argued over whether or not the SCC and its partners on the big excavation project at Ballona could use a lesser flood risk standard.

The essence of the dispute – why is the Army Corps of Engineers concerned? When the Army Corps of Engineers made it crystal clear that this was not possible, i.e., “we would not go back and design for the original design discharge of 46,000 cfs with the same authorization of SPF design, knowing and being approved for the updated SPF of 68,000 cfs”  (Renee Vermeeren, Chief, Hydrology & Hydraulics Branch, Eng. Div., US Army Corps of Engineers, Los Angeles District), then the State Coastal Conservancy decided to hire a powerful lobbying firm in Washington, D.C., to ask US Senator Kamala Harris to include information in a budget bill that would essentially allow Congress to alter the flood risk standards.

Fortunately, when this lobbying effort came to light, and several members of the public and elected officials concerned about such an effort, Senator Harris asked the SCC to withdraw their request, which they did.  Still, they stated they would be working to get what they wanted – a lesser flood risk standard for lower Ballona Creek and the Ballona Wetlands.

Additionally, we learned in meetings in early 2020, before the pandemic re-structured all of our priorities, the Los Angeles County Flood Control District, which shares management responsibilities for Ballona Creek with the Army Corps of Engineers, stated that they have no intention of lessening the flood risk standards for the area either.  They expressed that they were unsure of next steps in the process, but the one thing they are sure of is they do not want the public to be left at risk for increased flood damage – either for property or life. 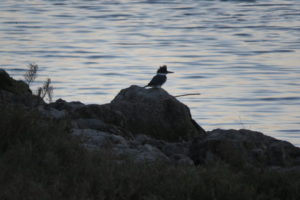 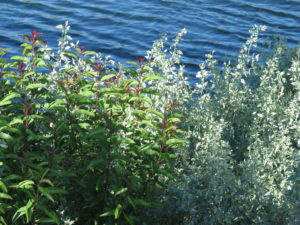 Before any federal approvals for the massive Ballona Wetlands boondoggle are provided, this flood risk standard discrepancy must be resolved.   Meanwhile, as for October 16, 2020, the State-issued environmental impact report (EIR), which was released just before Christmas in 2019, is still not certified.  It seems that this flood risk issue may be a sticking point which is not so easily solved.

It is puzzling why state officials who are pushing this project forward would be more willing to expend so much energy, money (public money!) and time lobbying to get the flood risk standards lessened – leaving residential areas, the marina, local businesses and high capacity roadways like Highway 1/Lincoln Blvd., Culver and Jefferson Blvds. vulnerable to increased flood damage – rather than starting over and using the correct standards.   Of course, those who are pushing this from the SCC are in Oakland, many miles away from the Los Angeles coast.  Perhaps they just don’t care, do you?

* The President of that company, Psomas, when the contract was awarded, Jacob Lipa, is the past President of the Friends of Ballona Wetlands; he is listed on their website as a Board Delegate.