Indigenous People ~ Whose Land IS This?

The Indigenous People of the Los Angeles Coast, including the Ballona Wetlands area respected the land and the flora and fauna.

Ballona is a sacred site to those whose ancestors lived here before Europeans stole and occupied their land.   There are medicinal plant populations that were/are used traditionally by the Indigenous People.   Yerba Mansa is one such plant.  The Yerba Mansa Meadow at the Ballona Wetlands is considered to be a sacred place. 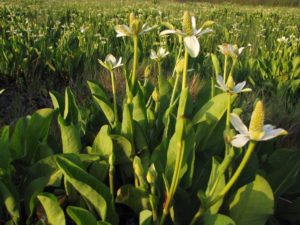 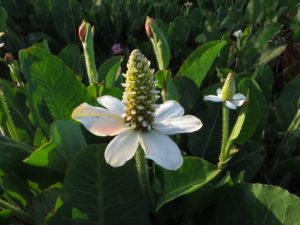 Who are the people who lived here?

Vera and Manuel Rocha were involved with activists working to protect the land in the early to mid-1990s.     Vera was Chief and Manuel was Spiritual Leader of the Gabrieliño-Shoshone Nation.   They taught and guided activists who started a coalition in 1995 to work to protect the remaining lands at Ballona, including extensive acreage of wetlands.  They were part of a lawsuit filed against the City of Los Angeles  in January, 1996, along with Wetlands Action Network/Ballona Valley Preservation League/Earth Trust Foundation, and Friends of Sunset Park, a neighborhood group from Santa Monica.  The lawsuit challenged environmental reviews for Playa Vista Phase I.   Neither Vera nor Manuel are alive today. 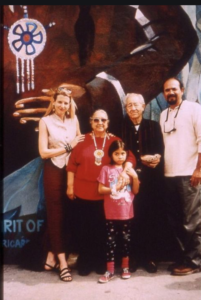 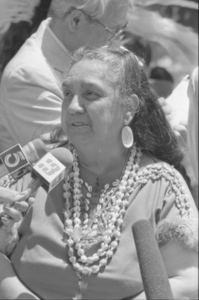 While Playa Vista developers – from the first time their lawyers met with the petitioners for the lawsuit in 1996 – claimed there were no “archaeological places of significance,” Chief Rocha told the activists she knew there was a cemetery at Ballona, and much more.

Sure enough, during construction, in 2004 a monitor of Indigenous descent, decided he could watch no more the desecration of a cemetery of significance and the disrespect he witnessed there.   Jordan David became a whistle-blower and met with Susan Suntree and Marcia Hanscom to inform them and seek advice as to how to gain support for the ancestors.

US Rep. Maxine Waters came out to the site to inspect the work, and she said she was horrified at what she saw.  Nick Madigan, a New York Times journalist who had covered the conflicts over the Ballona Wetlands at the Santa Monica Mirror and then at Daily Variety, wrote a comprehensive article about what was happening with the cemetery, which was being prayed over by elders who’d come from throughout various places in California.  Click here to read:   New York Times Cemetery_Nick Madigan article

During the early 2000s, Anthony Morales, Angie Behrens and others in their families collaborated with and provided guidance to activists working to protect land at the Ballona Wetlands.   Anthony Morales – on behalf of his tribal people, was a petitioner in a lawsuit against the City of Los Angeles for Phase II of the Playa Vista development. 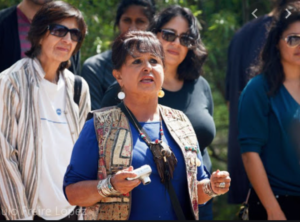 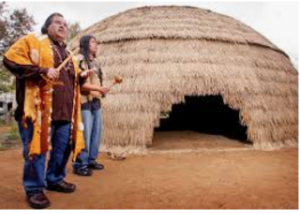 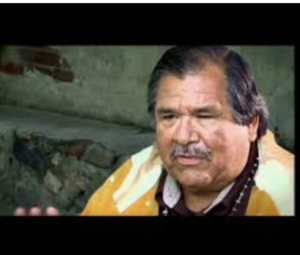 Many people today who are descended from Indigenous Tribal People are referred to as Tongva.

The word Tongva was recorded by C. Hart Merriam in October 1903 from numerous informants, including a Gabrieleño woman named Mrs. James Rosemyre (née Narcisa Higuera), who lived around Fort Tejon, near Bakersfield.  Merriam’s orthography makes it clear that the endonym would be pronounced /ˈtɒŋveɪ/, TONG-vay.

Some members of the people choose to identify as Kizh rather than Tongva.

Gabrieleño was the name assigned to the Indigenous peoples surrounding Mission San Gabriel by the Spanish. It was not a name that the people ever used to refer to themselves. However, it remains a part of every official tribe’s name, either as “Gabrieleño” or “Gabrielino.” Because of the disagreement between tribal groups surrounding usage of the term Tongva, Gabrieleño has been used as a mediating term. For example, when Debra Martin, a city council member from Pomona, led a project to dedicate wooden statues in local Ganesha Park to the Indigenous people of the area in 2017, there was considerable conflict over which name, Tongva or Kizh, would be used on the dedication plaque. A tentative agreement was reached to use the term Gabrieleño, despite its colonial origins.