Most people have no clue that there are oil and gas wells throughout the Ballona Wetlands Ecological Reserve!  Well, here is the evidence! These crumbling wells would have to be shut down if they are not refurbished soon! That’s why the gas and oil industry has been donating to a few environmental groups, infiltrating some of their boards and getting their support for the phony “restoration” of the wetlands. They just want to “restore” their pipes, valves and wells!

This subterfuge is occurring even as the city of Los Angeles has a made a big point of saying LA must move away from fossil fuels. In February of 2019, LA Mayor Eric Garcetti was quoted in the LA Times as saying, “Now is the time to start the beginning of the end of natural gas.”

Well, natural gas is exactly what is percolating in the wells under the Ballona Wetlands! Los Angeles County also adopted a plan in 2019 that calls for a phasing out of all fossil fuels over the next 30 years. The State of California has also passed a bill into law that states, “California is to get 100% of its electricity from climate friendly sources by 2045.” 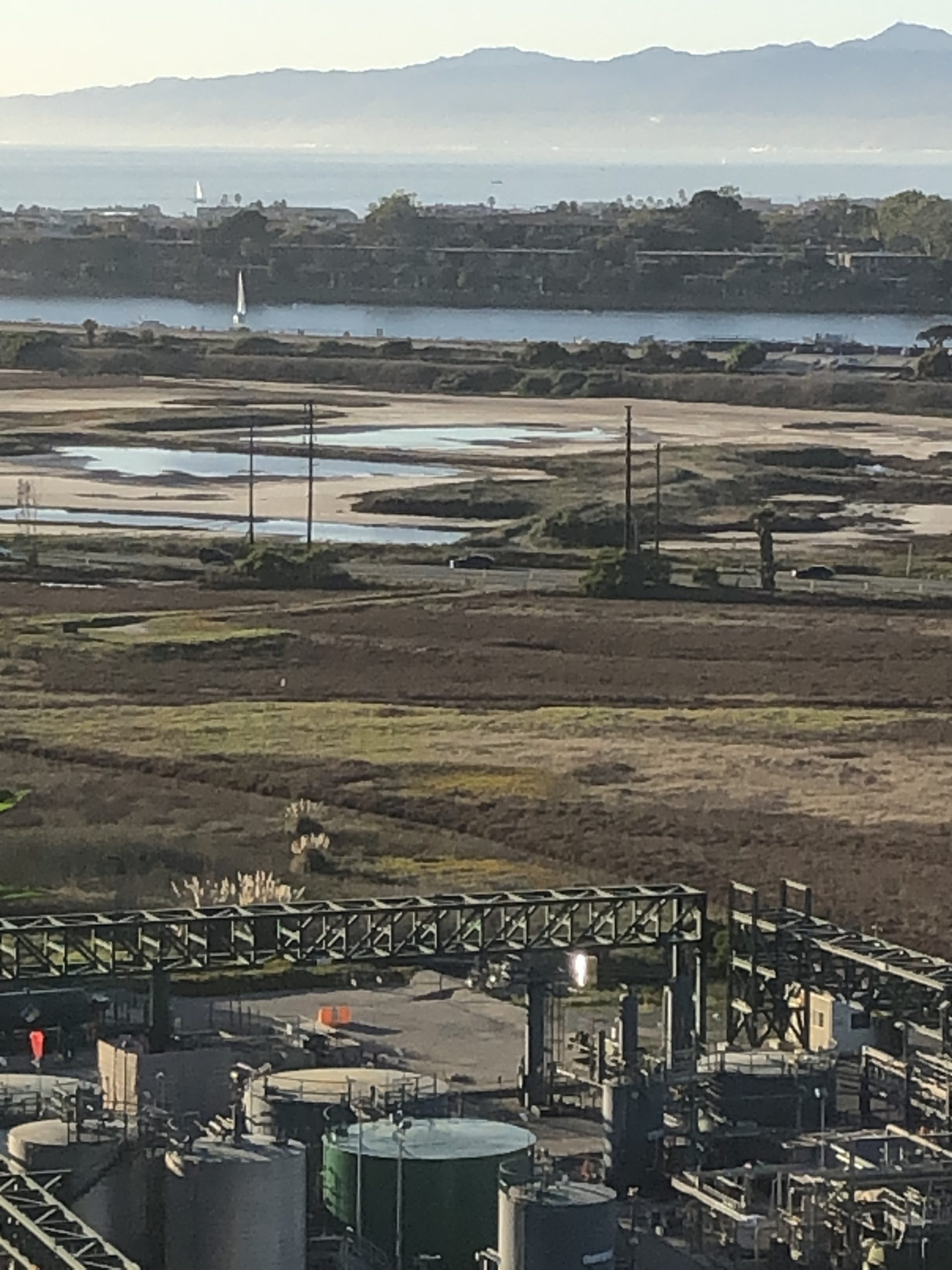 So, the bogus “restoration” of the Ballona Wetlands, as a means to refurbish the oil and gas wells underneath the land, is in stark contrast and in total opposition to the stated goals of city, county and state government. Why is this being allowed to slide forward? Money. The gas and oil industry, with its deep pockets and targeted donations, have seduced a few groups into supporting a project that is the exact opposite of a restoration. Bulldozing the whole thing is a destruction, not a restoration. That is the common sense logic they want us to ignore. We need your help to stop this! 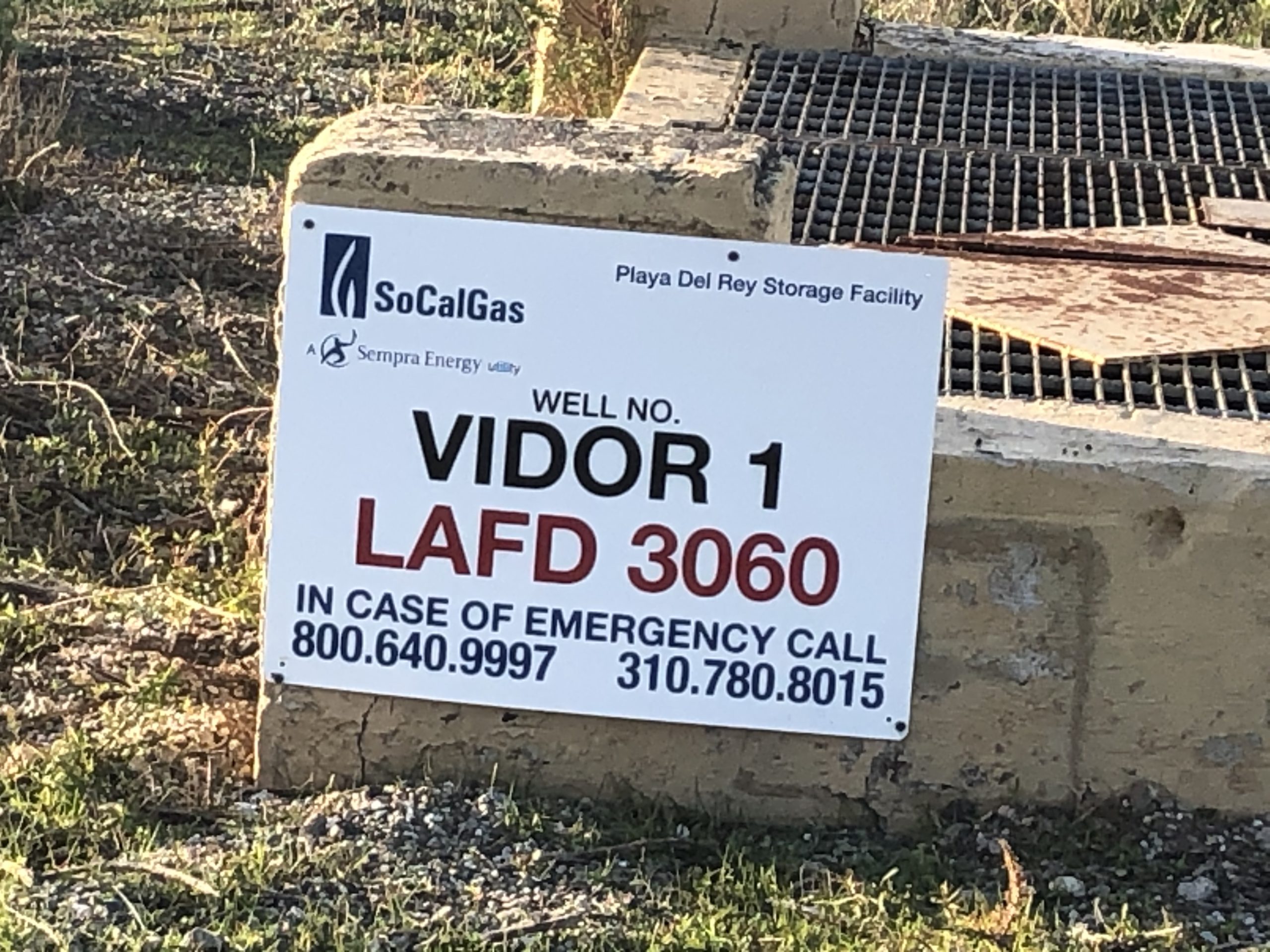 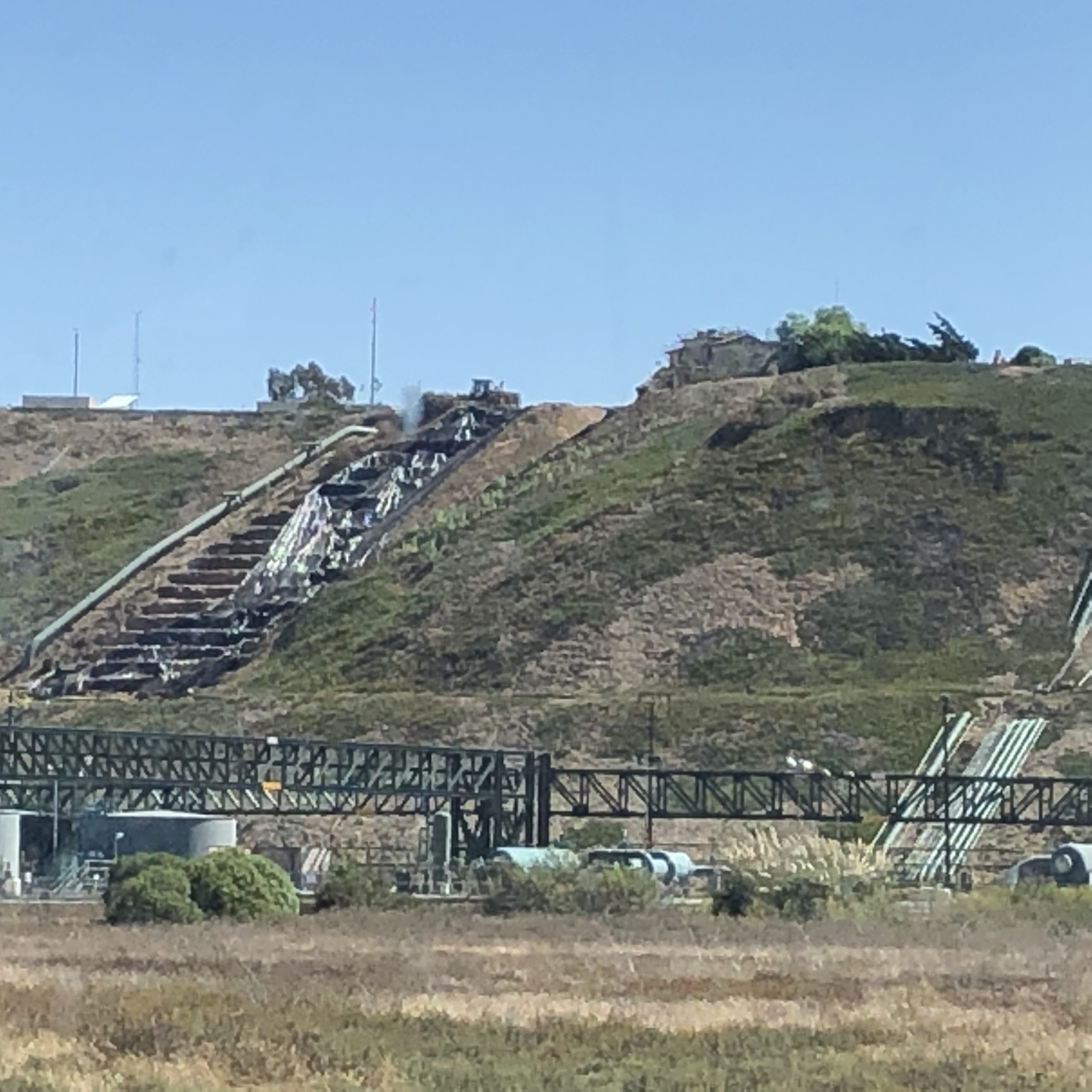 Part of the extensive infrastructure of the injection and extraction process that facilitates storage of more than 27 million cubic feet of gas – stored under very high pressure – beneath and surrounding the Ballona Wetlands Ecological Reserve. 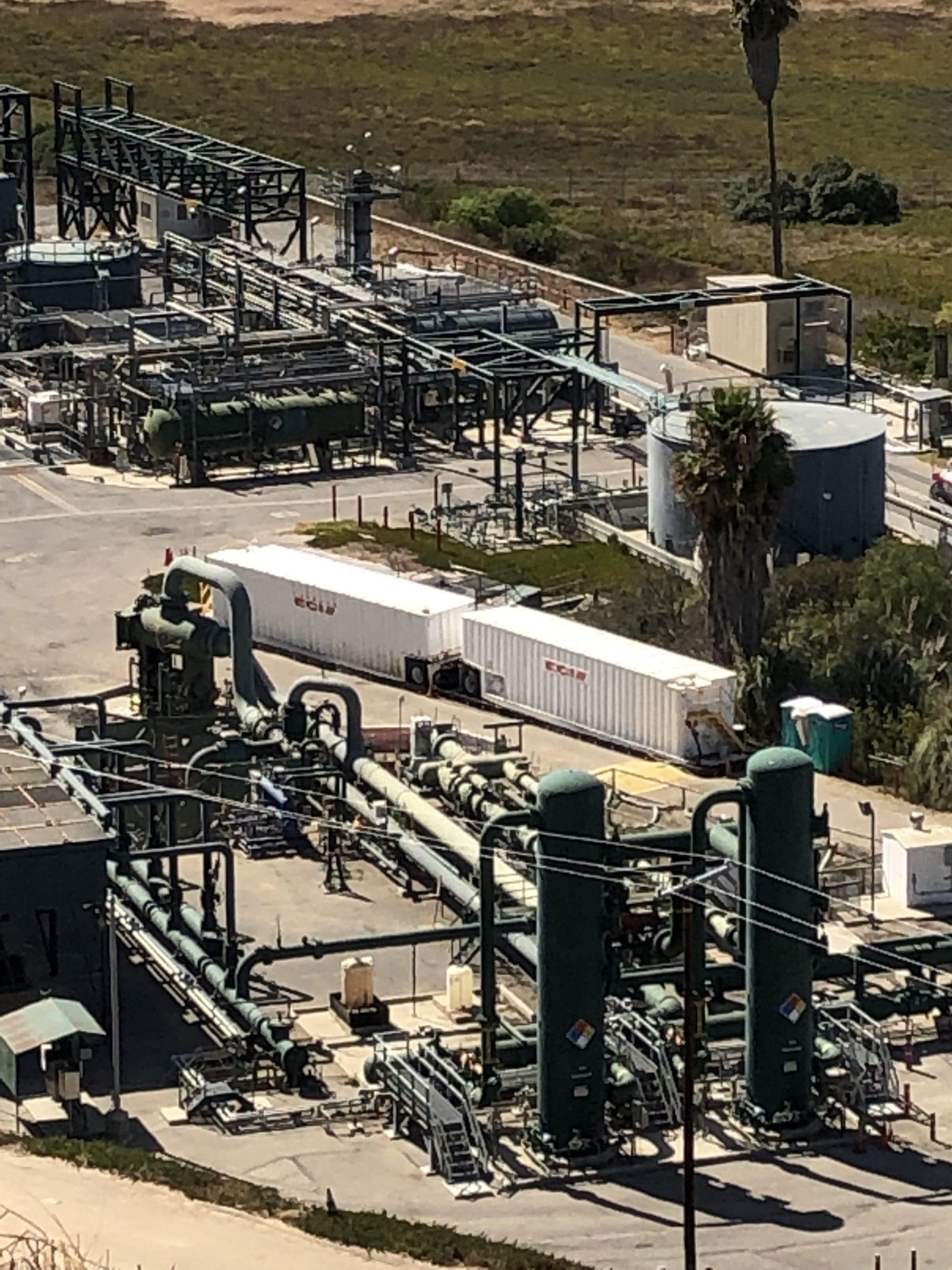 Part of what is referred to as “The Tank Farm” – where more than 200 chemicals are used to inject and extract gas after that gas is piped in from Colorado, Oklahoma and Texas (much of the gas is fracked to extract it from the Earth in those places before piping it here to the coast of Los Angeles.) 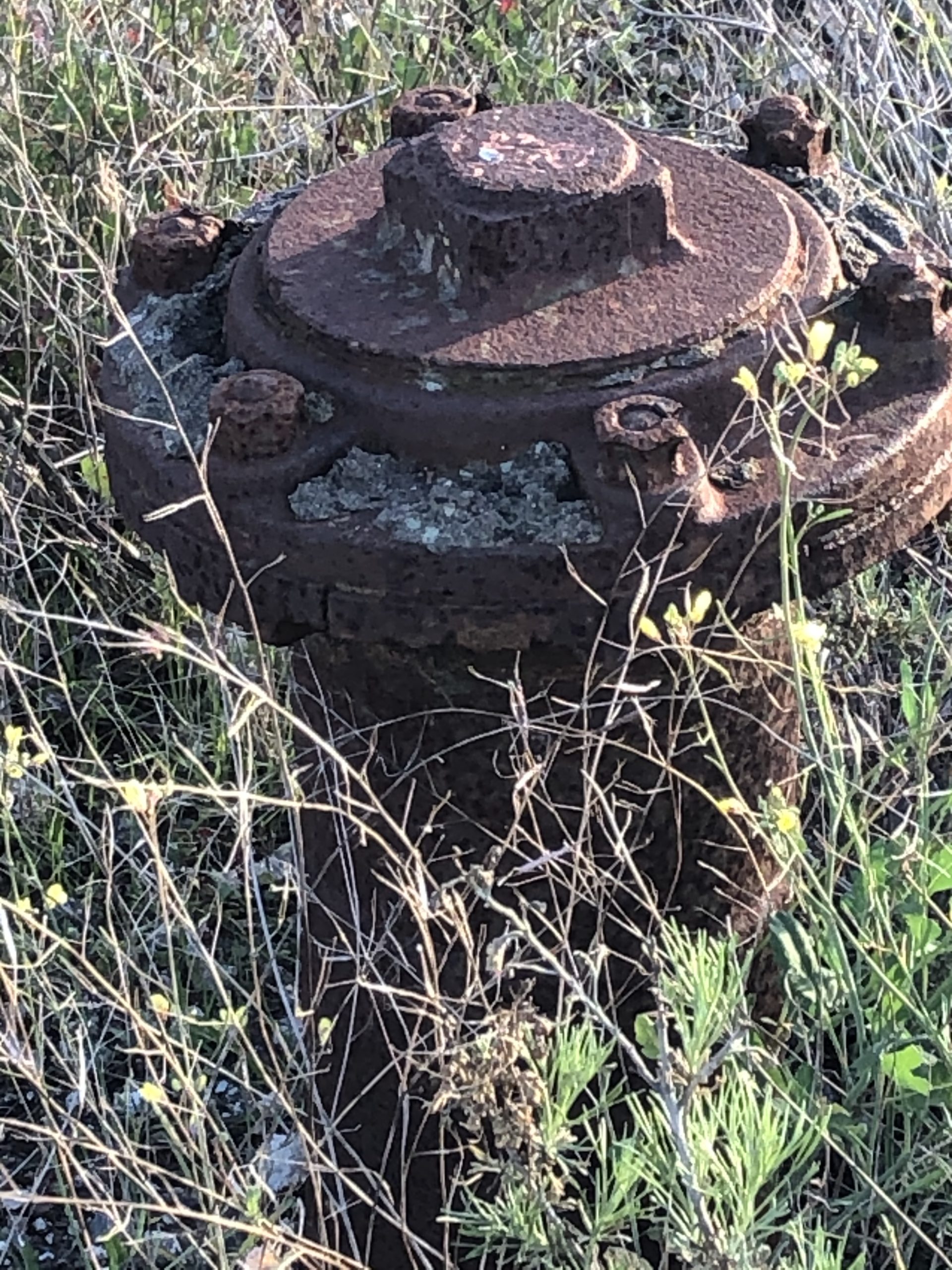 There are old oil and gas pipes and wells like this throughout the Ballona Wetlands Ecological Reserve.  These wells need to be inspected and properly capped. 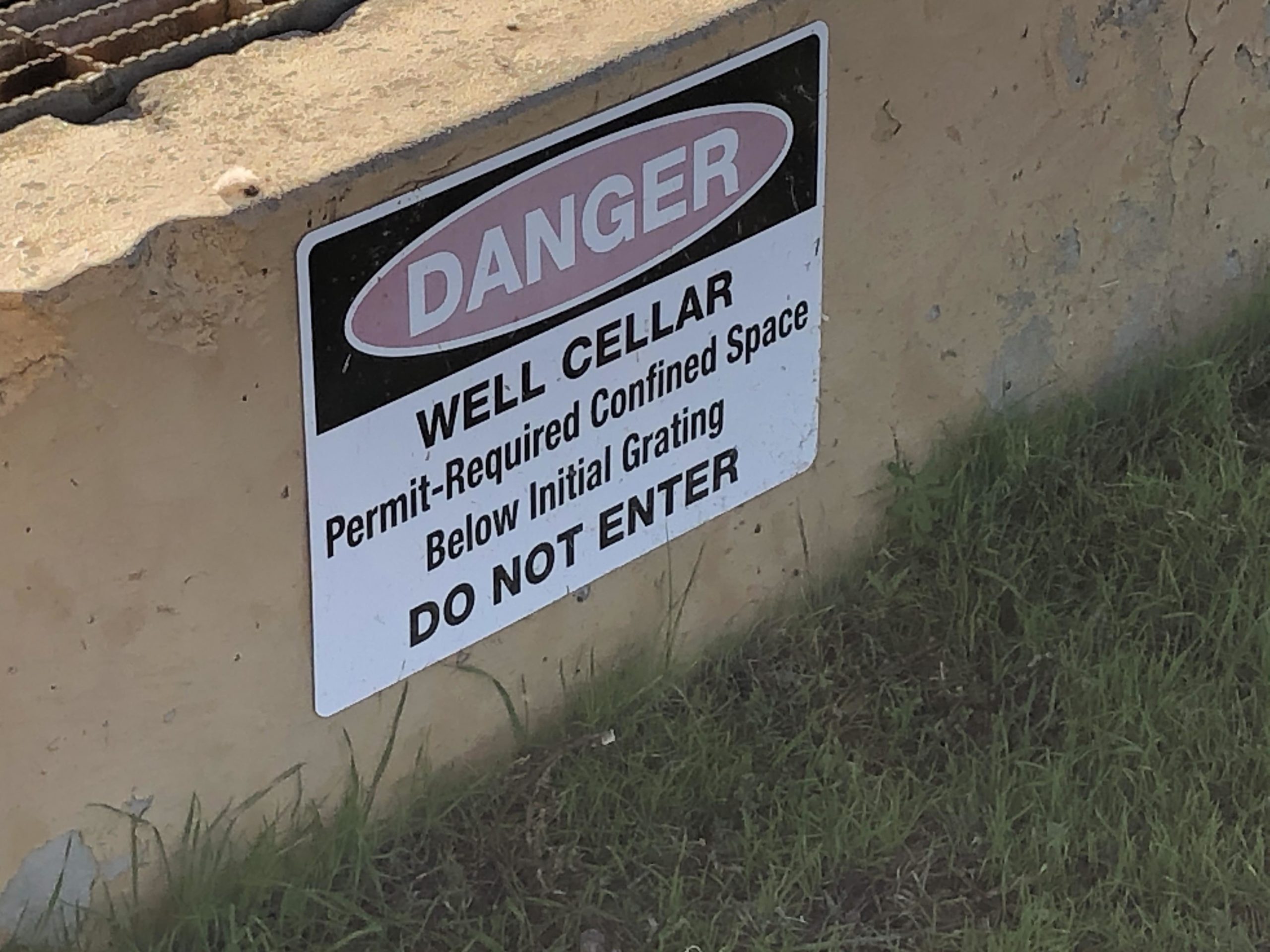 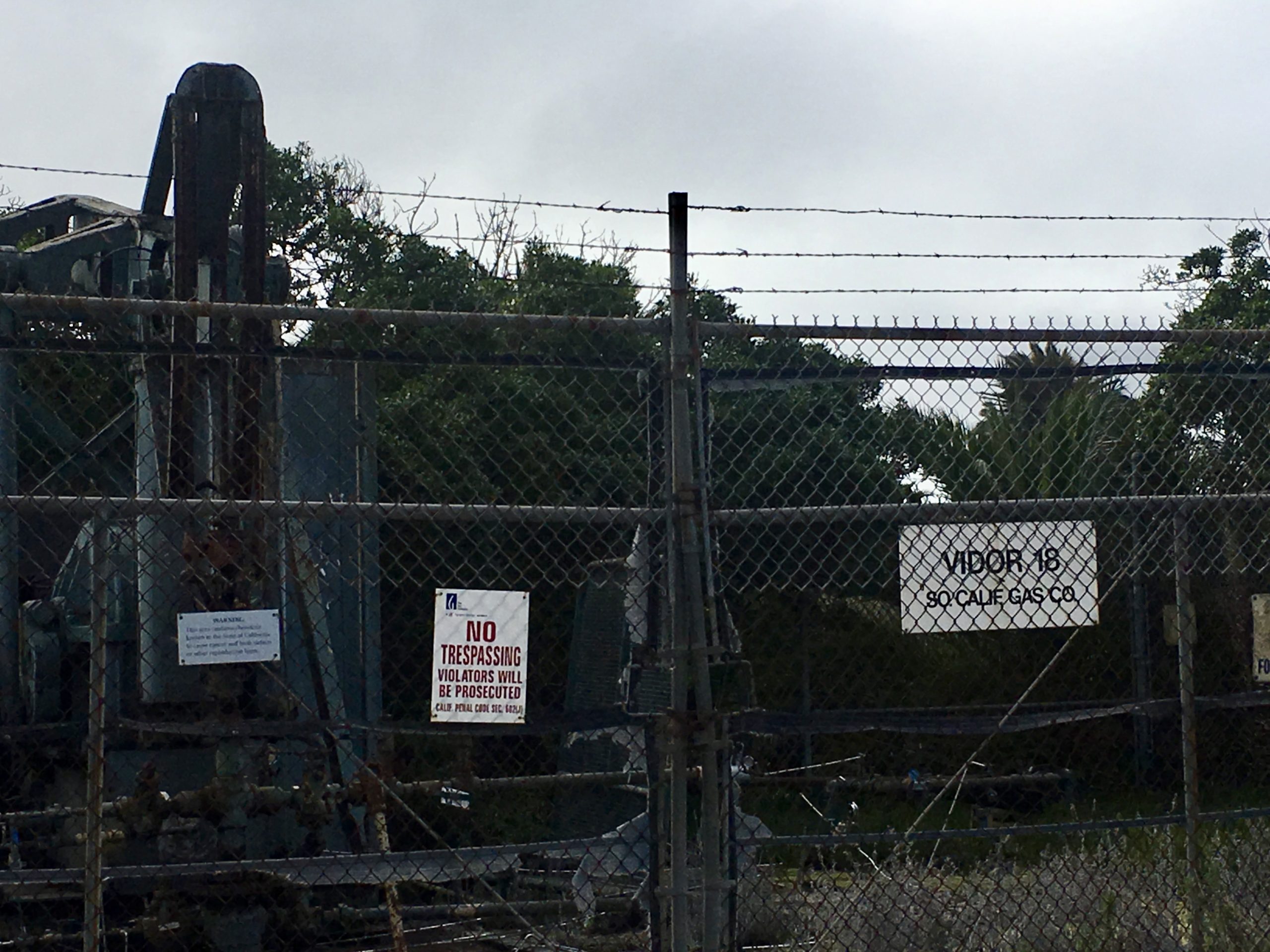 Vidor #18 – oil well on the Ballona Wetlands Ecological Reserve – steps from where children learn about nature. 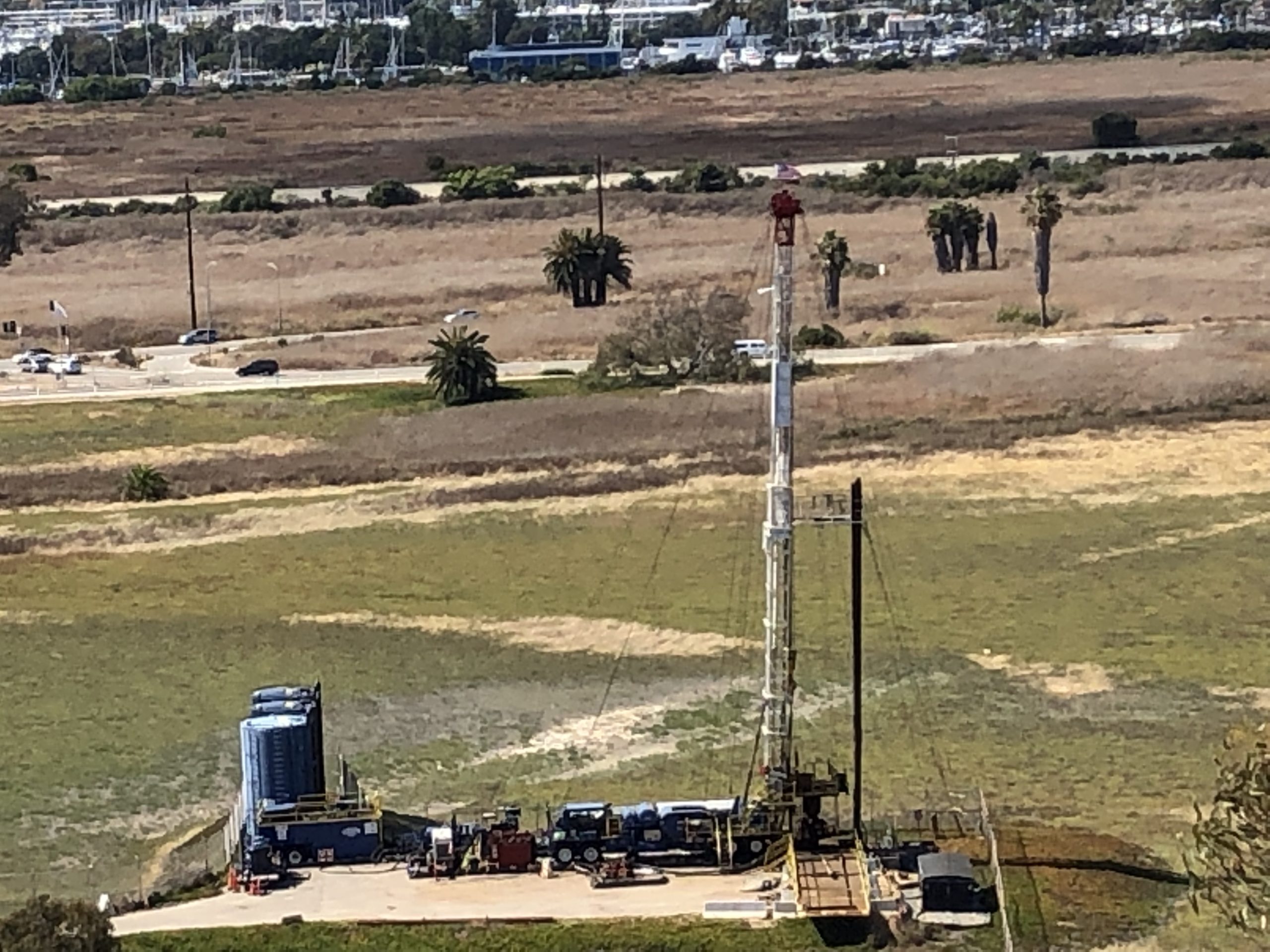 Constant drilling – especially in the past couple of years – happens, much of it without proper permitting or transparency to the public.  What is all of this equipment, and why is it here?  Oh, and what at the impacts of this work to the wildlife and the wetlands? 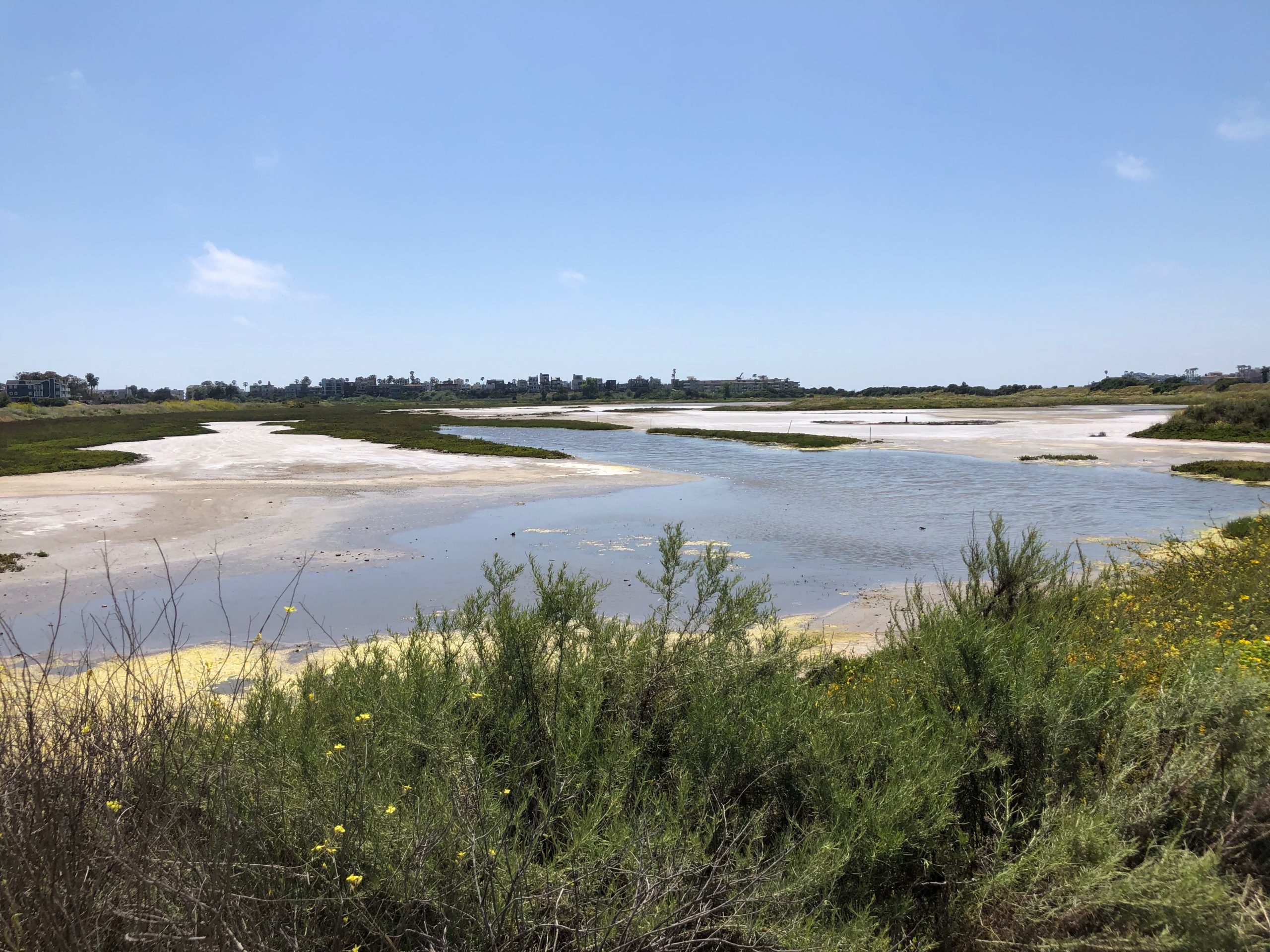 This is a rare landscape feature ~ a salt panne, which is imperiled on the Southern California coast.   Close by are gas wells where community members have noticed significant activity by SoCalGas – during April, May 2020.   The community has questions about whether or not all of this activity has been properly permitted. 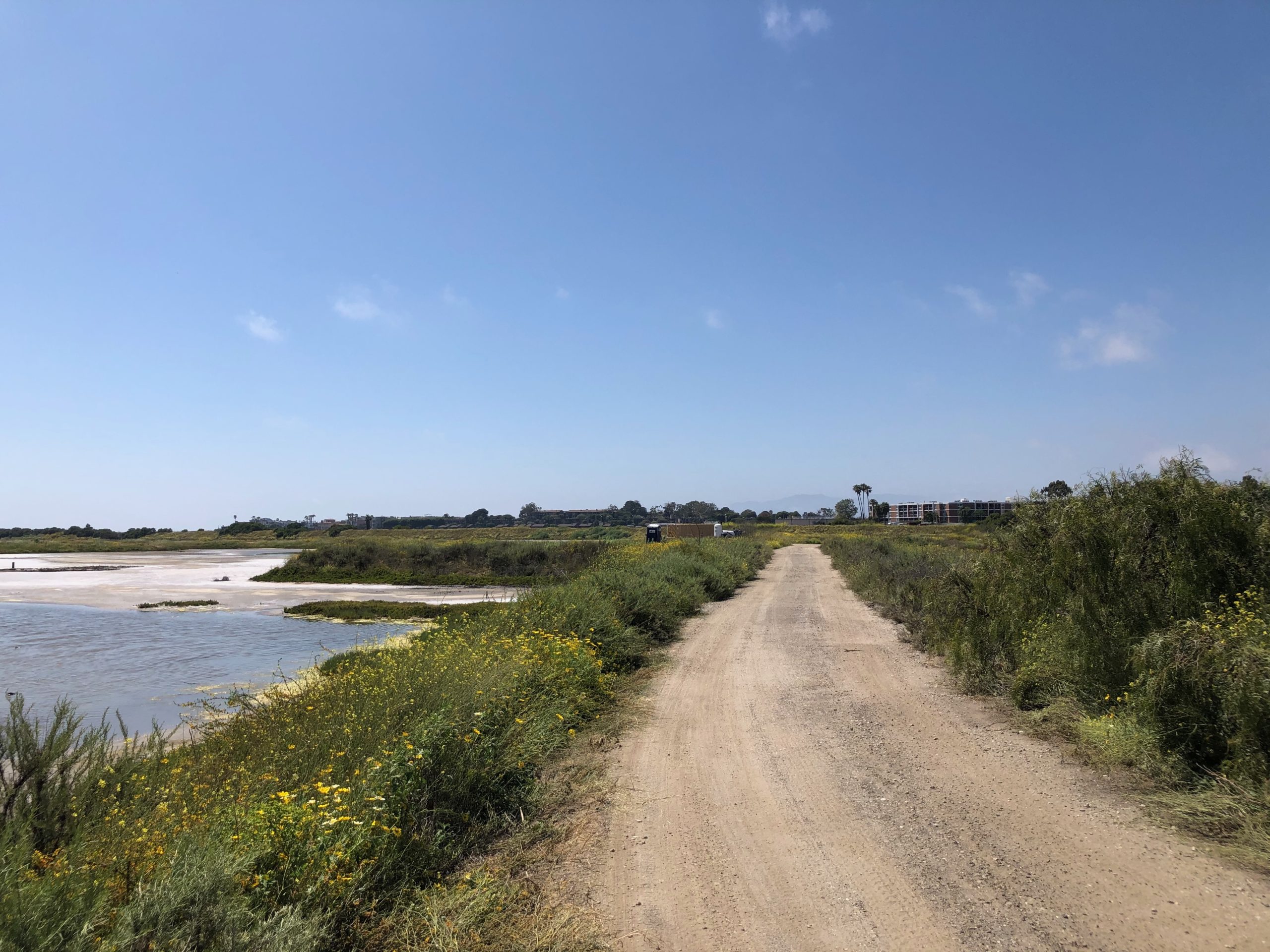 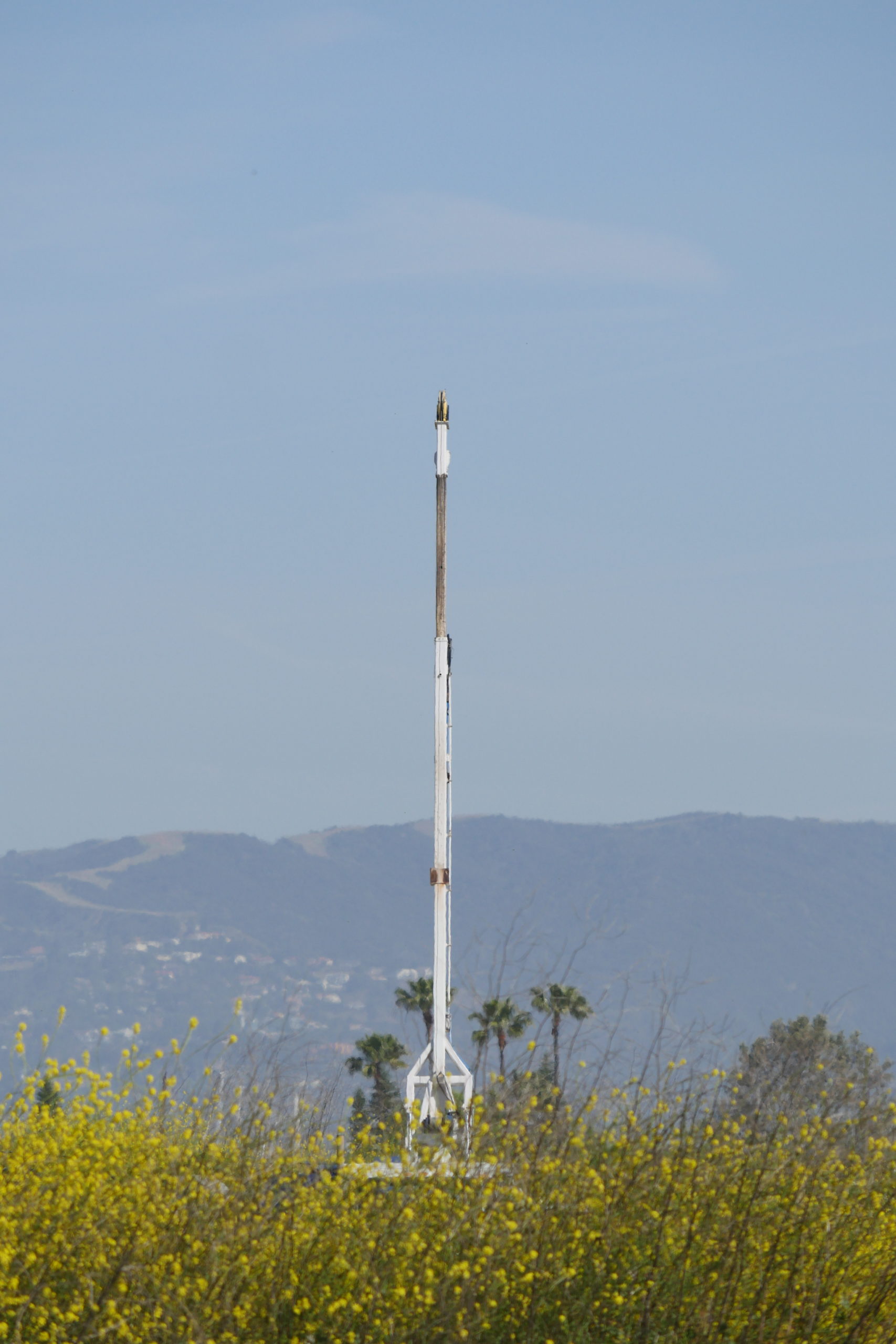 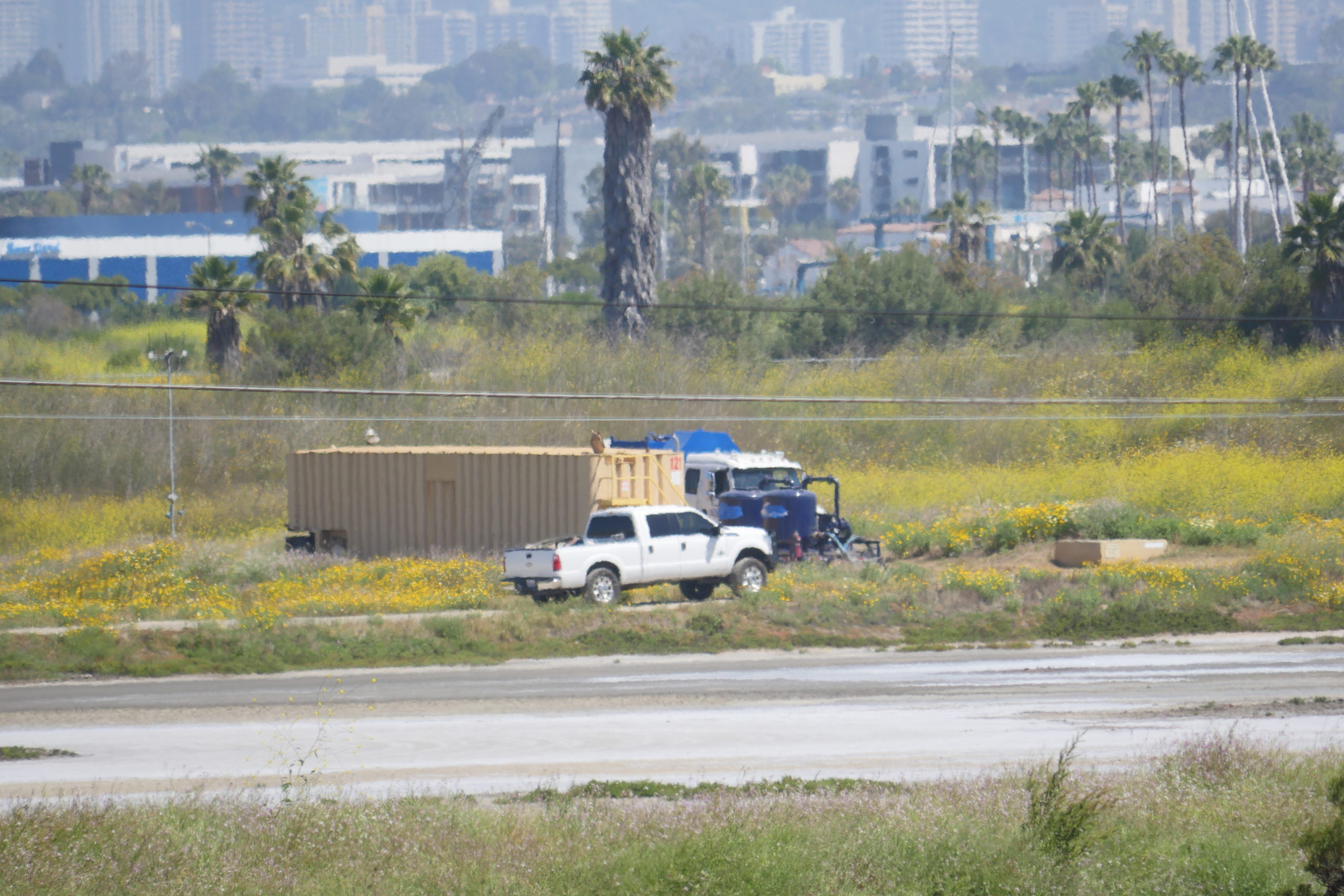 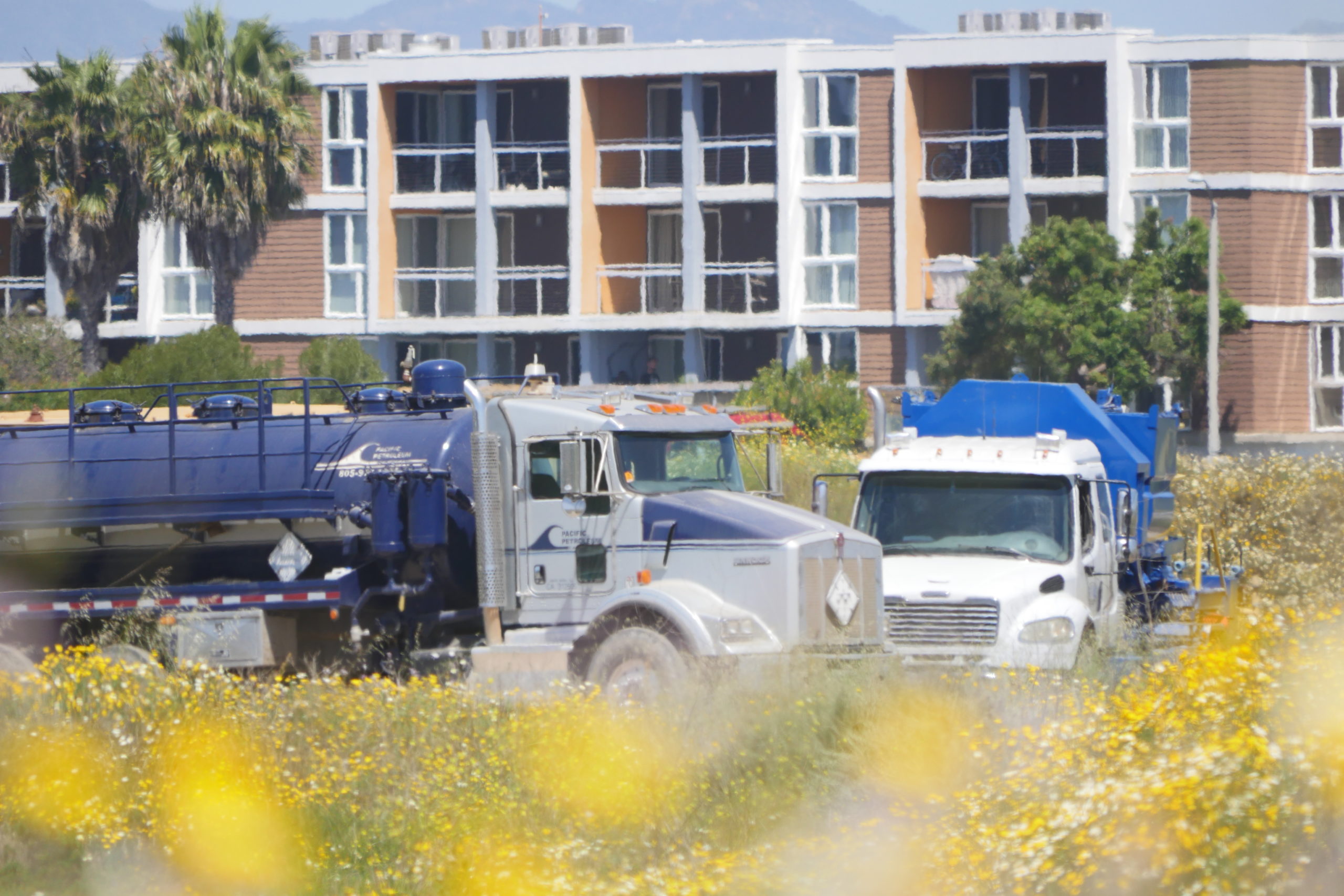 Trucks and equipment have been observed all over the wetlands ecological reserve during April and May, 2020.   Reported to numerous agencies to see what the public can learn.